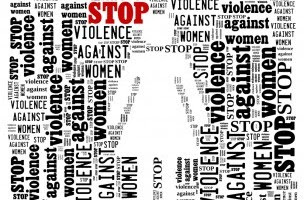 Facebook is changing its review process to protect brands from having their advertising placed next to violent, sexual, or otherwise objectionable content, but critics say that the policy does not go far enough to remove the content altogether.

Starting Monday, Facebook will implement a new review policy for deciding which Pages and groups will be eligible to have advertising appear on the right side of the page next to their content, which the company outlined in a newsroom post earlier today. “In order to be thorough, this review process will be manual at first, but in the coming weeks, we will build a more scalable, automated way to prevent and/or remove ads appearing next to controversial content,” the post explained.

“I think they are still missing the point entirely,” said Trista Hendren, author of The Girl God, in an email. “There are still a lot of pages that just should not be up on Facebook whatsoever. This statement may make advertisers feel a bit better, but I wouldn’t spend a dime on Facebook knowing that they are a leading platform for human trafficking - which primarily consists of children. Whether or not an advertisement appears next to these pages does not mean that the violence against women and girls on Facebook has been addressed adequately. It does not diminish what their advertising dollars are still paying for.”

Hendren had tried using a Facebook Page, ”Rapebook,” to report content on the site that mocked and even glorified abuse toward women and children when she found that complaining to Facebook was not enough. But mob mentality ruled, and Hendren eventually had to remove her personal profile after receiving threats of violence from her critics, some of whom went so far as to publicly post personal information about the writer and her family.

Read full article on socialtimes.com
Posted by The Girl God at 4:07 PM