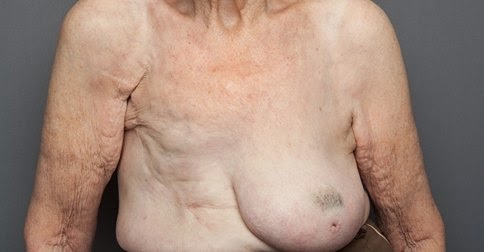 "My personal account has been blocked again - for seven days. This time it's because I shared a photograph from 'Bare Reality' of a 101 year old woman who has had a mastectomy. Yet photographs of mastectomies are supposed to be permitted by ...Facebook. This is another instance of Facebook applying it's own rules inconsistently - it smacks of sexism and this time age discrimination as well. A photograph of a younger woman with a mastectomy is still up. Is an old woman's remaining breast unacceptable?

I'm not sure why anyone who finds photographs of breasts and mastectomies offensive is visiting this page. Secondly, why are they so offended by an image of that incredible woman's body?

I think the same person keeps reporting me because I detect the same officious tone in the 'different' anonymous accounts used on Facebook and Twitter. Interestingly, Facebook requires me to send them government-issued ID to prove my identity, while the people who report hide behind 'fake' identities. Officious reporter - get a life please?" 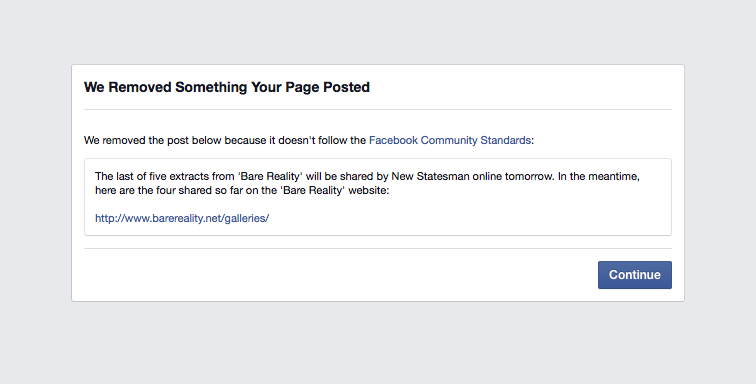 Please support the Bare Reality page.
Posted by The Girl God at 11:41 AM