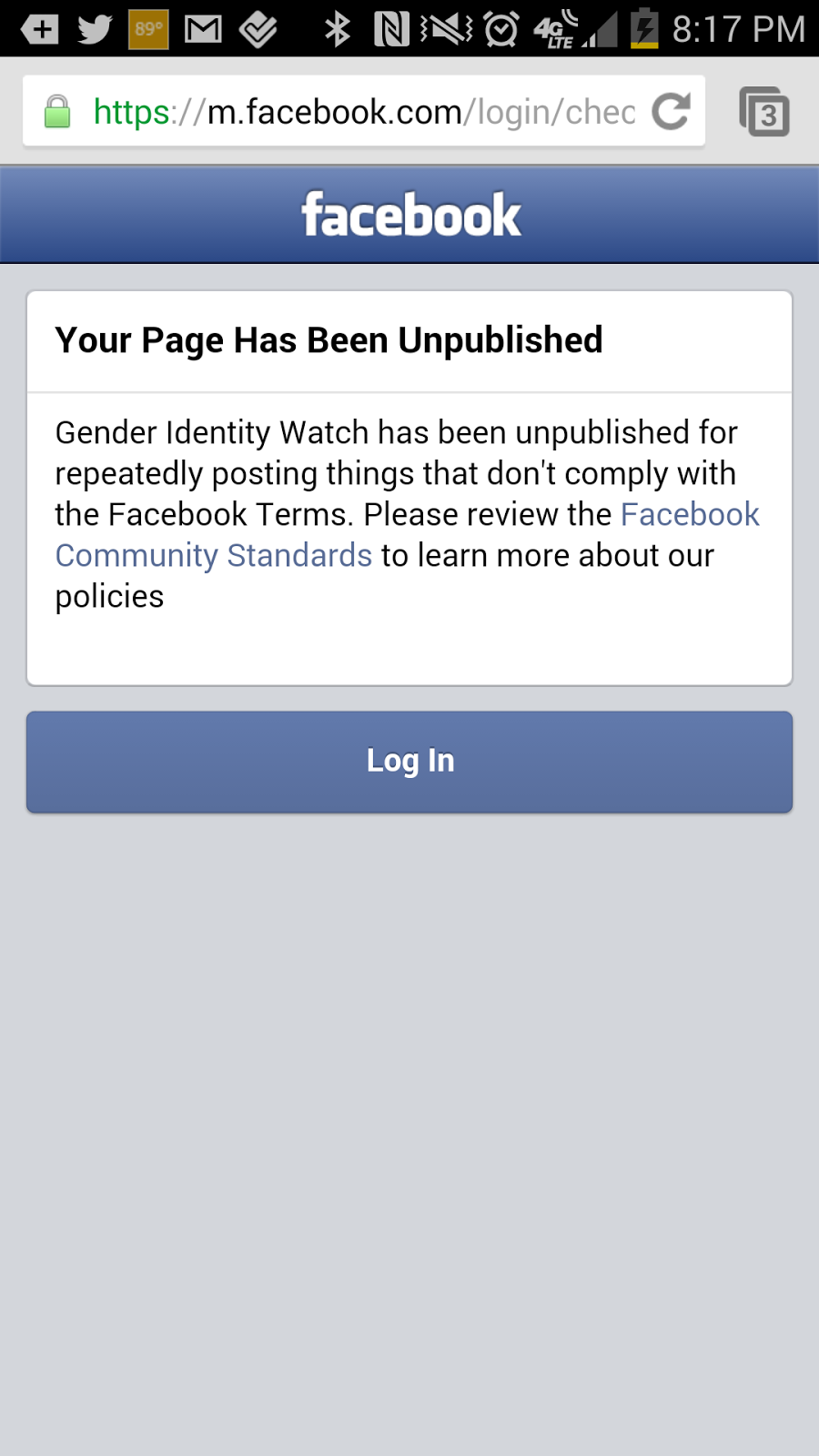 Gender Identity Watch Facebook's page was removed yesterday for "hate speech or symbols".  No specific example of either was given by Facebook.

One of the only redeeming pages on FB, that I’m aware of, was Gender Identity Watch. No bullshit, pro-woman, interesting, intelligent content.

However, Facebook, in its infinite wisdom, has banned Gender Identity Watch for refusing to cater to the super-special feelings of men, misogynists, and those who think feminism is one big “Kumbaya” sing along.

If you don’t like that this page has been unpublished, if this pisses you off (and it should), do what you can to come down hard on Facebook for removing the page. Social media, especially Facebook, is flooded with violently misogynist content, and yet this page — for and about women — was unpublished. Think about that.

These are Orwellian times, sisters."

A new page has been started at GenderIdentityWatchReloaded

"This is not a hate page. No one here hates you if you don't conform to gender. We support the abolition of gender, as gender is a tool of oppression (femininity) used against women."


UPDATE: New page has also been removed.
Posted by The Girl God at 10:24 AM