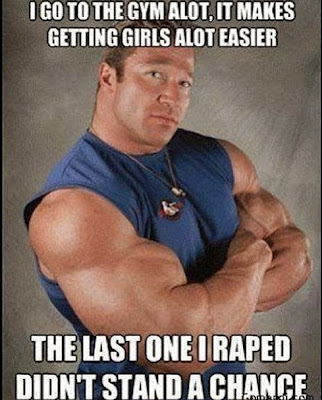 A couple of days ago I saw the picture posted below pop up on my Facebook news feed. Understandably I was repulsed by this and immediately reported it as hate speech via the report function that Facebook provides. I was convinced that after reading numerous articles over the summer concerning Facebook's commitment to take rape culture and gender based hate speech more seriously the image would be removed. Unfortunately, it was not. Their suggestion was that I unlike the source where this picture came from or hide their posts in my news feed.

I let the response team know that their reaction was entirely underwhelming and inappropriate. Here is what I said:

"I have read several articles concerning your new stance on being more proactive regarding gender based hate, etc. In fact, here is a direct quote from your safety team defining inappropriate content: “content that targets women with images and content that threatens or incites gender-based violence or hate". How is a meme about raping a woman not threatening or violent towards women? I will be sharing the outcome of the reporting incident with different media outlets in an effort to raise awareness of the intolerable level of acceptance for rape culture on Facebook. As well as Facebook's unwillingness to take such disrespectful and harmful media down".

Signed, Kesley, a concerned Facebook user
Posted by The Girl God at 1:55 PM